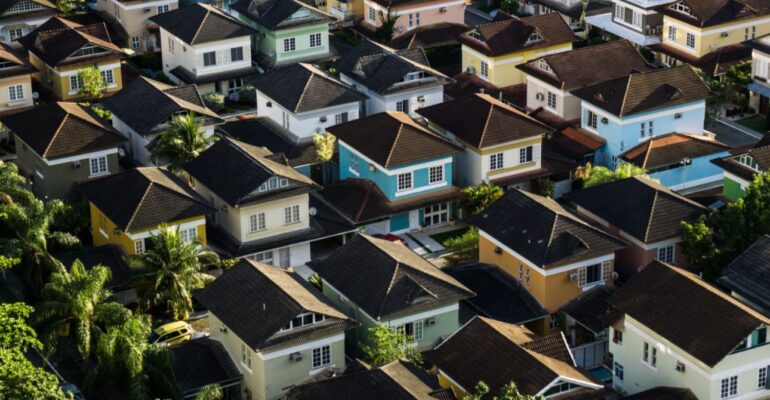 WORLD — The economic prospect of most economies in the world remains unflattering at best. From the continued contractionary economic policies of some of the biggest western powerhouses such as the US and a large majority of the Eurozone to the virtually stagnant production from the world’s largest exporter, China, as it continues to embark on its “Zero Covid Policy” that hampers much of what is needed for robust economic productivity. In fact, these three mentioned economic superpowers alone account for roughly two-thirds of the world’s total economic activity.

Now, a housing disaster brought by elevated interest rates from the present tightening economic environment seems to be looming around the corner. Worse of all, it is not only happening in a specific country or region but also spans from the western hemisphere all the way to the eastern part of the globe. A global disaster that might just very well be worse than the 2008 Subprime Mortgage Crisis, infamously better remembered as the “Housing Crisis of 2008.”

As shown in the most recent data gathered on housing prices, housing across major cities in the world that experienced the most dramatic growth since 2020 is now declining in value, from Sydney, Australia, and Auckland, New Zealand, in the most eastern part of the globe to its opposite counterpart in the western hemisphere — Stockholm in Sweden (Europe), and Toronto in Canada (North America).

What is interesting is the fact that although the COVID-19 pandemic has ravished for the last two years, it seemed only to revitalize demand in these key regions. However, since the start of the year, prices have since cooled down. This period coincides with the major global adaptation of contractionary monetary policy as inflation started to reach unprecedented levels.

The result is drying of demand as interest rates significantly correlate with mortgage rates. This makes housing much more expensive to own or pay off during a longer mortgage set-up (i.e., long-term property/housing loans). In addition, during a tightening economic environment, people and businesses are more inclined to save than to spend or invest to better protect their financial positions during the more-pronounced phase of an economic downturn.

The Grim Prospect for the Industry

According to studies, housing or real estate is a key economic activity multiplier in an economy and, on a micro level, the number one source of household wealth around the globe. That is why South Korea has recently begun its government intervention to cushion its most vulnerable population from defaulting on their monthly housing amortizations to prevent a more sinister domino effect on the other crucial aspects of Asia’s fourth-largest economy.

Thus, many governments around the world are watching closely how this ongoing demand cool-off will pan out to formulate a relevant approach and, hopefully, a much-needed solution for their respective demographics. Furthermore, borrowers who took advantage of the “floating-rate loans” during the past two years of rock-bottom rates are especially vulnerable. At present, however, most economists and financial experts alike are still waiting for the full drawdown of the housing market this year and the next few years to conclude whether this phase is a much worse period than that of 2008.