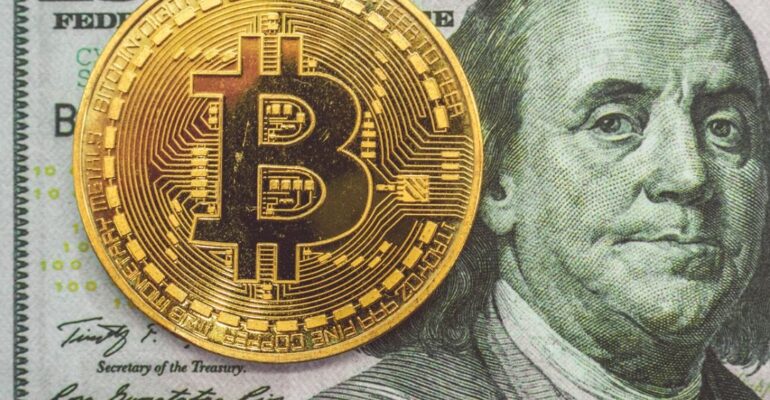 Cryptocurrency – Despite the overall bearish sentiment in the crypto market, if we look at the current price action of major coins, we can see how things are moving relatively calmer than months before. Thus, many optimists are led to believe that this “consolidation” or price cool-off is the much-needed rest before a rally to the upside. Meanwhile, skeptics argue that this period is, in actuality, the “calm before the storm.” Nevertheless, it pays to be more prudent than hopeful, so let’s examine the merit of a skeptical market view.

The number one consideration why the market is relatively calmer is the hope that the recent inflation data will continue to tread lower, providing a meaningful optimism that the US Federal Reserve (Fed) will consider taking a back seat on its aggressive interest rate hikes that adversely affect risky assets such as stocks, and crypto. Unfortunately, however, things did not go as many optimists hoped.

This is because the CPI surprisingly produced above consensus inflation data yesterday, which ultimately shattered the prospect that the Fed would take a back seat with its tightening monetary policy anytime soon. Core CPI, for example, has added 40 basis points from July’s figures, rising to 6.3% from 5.9% in the month prior. As a result, major US stock indices, which include the S&P 500, Nasdaq, and Dow Jones, closed on Tuesday with a staggering 4-5% loss. Worst, Bitcoin (BTC) and Ethereum (ETH) lost around 10% and 8% in just a few hours following the official disclosure.

The second reason crypto is relatively calm is the much-awaited Ethereum 2.0, which would mark possibly the biggest catalyst in the market as ETH moves from a “proof of work” model to a much more efficient “proof of stake” model. This is arguably the principal reason optimists remain confident that this catalyst alone is enough to propel crypto prices higher and outside the bearish price level. However, the full effect of this is yet to be seen.

According to II Capo of Crypto, a prominent market analyst in the crypto space, the current price movement represents a possible “short squeeze” that mainly capitalizes on the bullish sentiment surrounding the Ethereum Merge and other upcoming crypto events later this year. “Most people are getting bullish now. Remember that this is a short squeeze, a bounce that happens during a bear market to continue the downtrend afterward.”

However, he projects a further decline once the preliminary buying frenzy diminishes. “I still expect a little bit higher (22500-23000), but soon I will turn full bearish again.”

A short squeeze happens when short-sellers are overwhelmed by the continued and insistent price increase. Thus, forcing them to cut their losses which invertedly adds demand to the security further. The price will continue treading higher as overwhelming demand from market participants forces short-sellers to abandon their position by buying back their shares.

Nevertheless, since the market is still in an overall bearish condition as the predominant direction is still to the downside due to the ongoing tightening monetary policy and especially coupled with the recent unfavorable CPI data, we can very much expect that overall sentiment will remain grim for the foreseeable future unless something dramatic occurs. Hence, the “calm before the storm.”